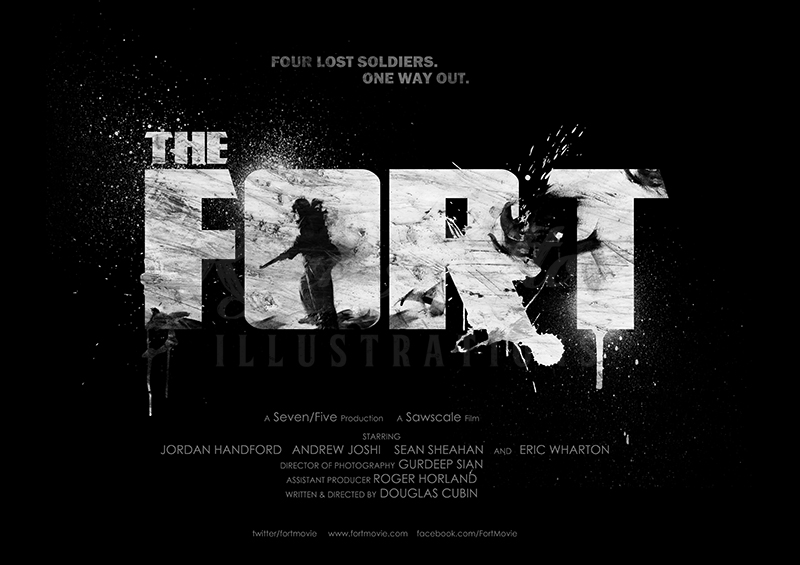 This was the first major logo that was created for the movie where I wanted something that represented the main character in the film which is the fort itself; big, bold, abandon and haunted. The soldier in the logo was a last minute after going through several photos taken by the film’s photographer Don Mee.