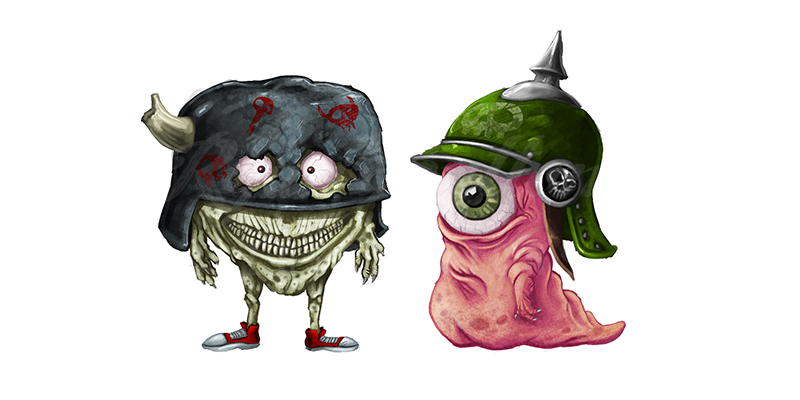 For the Motorstorm series I had to draw various illustrations that appear on various racing vehicles. There were several themes given to me to produce for the project and one of them being covering Monsters. There were two illustrations for the theme to be produced so I created one that would feature an evil looking beast and other being a cute one which resulted in these two.